As mentioned in the video, we talk about forces and accelerations interchangeably. The arrows in the video always show acceleration – the longer the arrow, the larger the acceleration. The force can be deduced by the formula F=ma. So for example the middle part of the Earth model, which is assumed to be more massive, requires larger forces for the same acceleration.

The same is true for gravity. The acceleration due to gravity is independent of the mass. This is one of the reasons that makes Gravity suspicious as a fictitious force also, as, to a certain extent, it is perceived in General Relativity.

In the video the gravity graph stops at the Sun, but actually we can continue it inside the Sun as well.

This is how it would look like if the Sun had uniform density, according to Shell’s theorem: 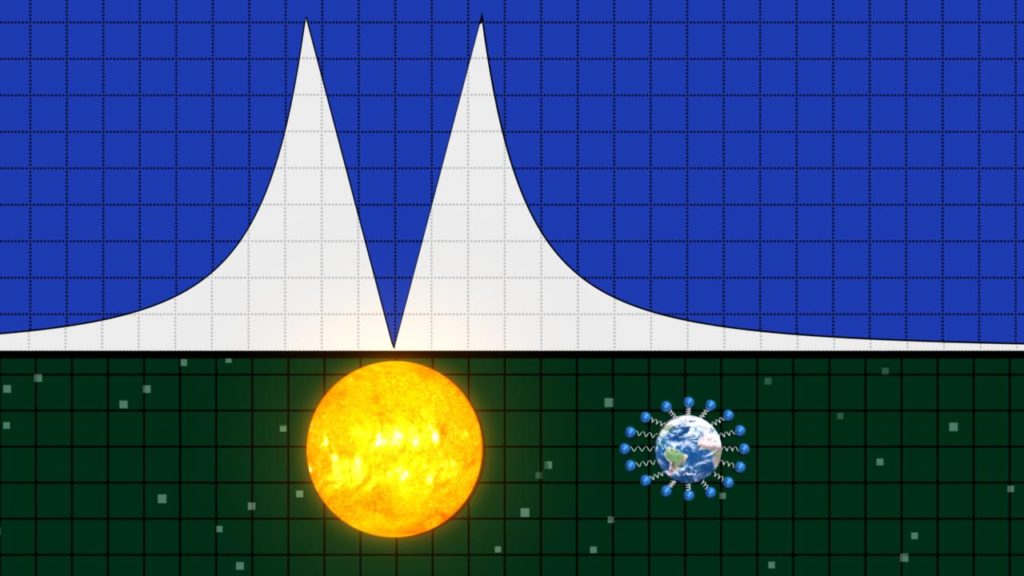 Is that really how tides are generated?

The video shows accurate simulations but with very simple bodies. It accurately computes the tidal forces that are generated, and how the simulated bodies react to them.

The beads in the video simply stretch according to the direction and magnitude of the tidal forces that act on them. So they are useful in visualizing this effect.

The Earth’s rock itself also responds to tidal forces, but it is actually more driven by the radial part of the tidal forces (tidal forces pulling towards or away from the Earth’s center).

Also, the tide phenomenon itself is very much affected by many other factors, such as the shapes of the shorelines and other factors.